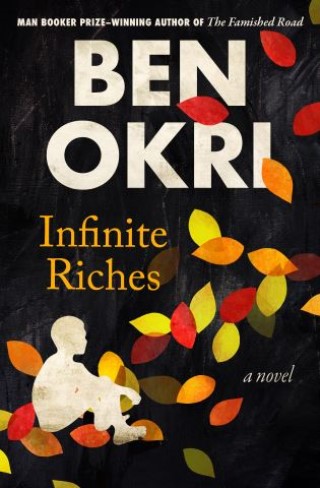 A potent combination of political, metaphorical, and mythical storytelling” from the prizewinning author of The Freedom Artist (The Scotsman).

“Who can be certain where the end begins?” said Dad, shortly before he was arrested for the murder of the carpenter . . .

This novel, the conclusion to the trilogy that began with the Man Booker Prize winner The Famished Road, follows the spirit-child Azaro, who travels between the worlds of the living and the dead. Set against the backdrop of a Nigerian village in turmoil, it is a novel about the multiple forms that wealth and power can take, the challenges of the physical world, and the wonders of the mystical world, by an author who has earned numerous literary honors and whose “writing is hailed for its intelligence, tenderness, poeticism and luminosity” (Financial Times).

“Ben Okri is that rare thing, a literary and social visionary, a writer for whom all three—literature, culture, and vision—are profoundly interwoven.” —Ali Smith, author of Autumn

Ben Okri:
Ben Okri (b. 1959) has published ten novels, including The Famished Road and Starbook, as well as collections of poetry, short stories, and essays. His work has been translated into more than twenty languages. A fellow of the Royal Society of Literature and an Officer of the Order of the British Empire, he has received numerous international awards, including the Commonwealth Writers’ Prize for Africa, the Aga Khan Prize, and the Chianti Ruffino Antico Fattore International Literary Prize. He is a vice president of PEN International’s English Centre and was presented with a Crystal Award by the World Economic Forum. Born in Nigeria, Okri now lives in London.