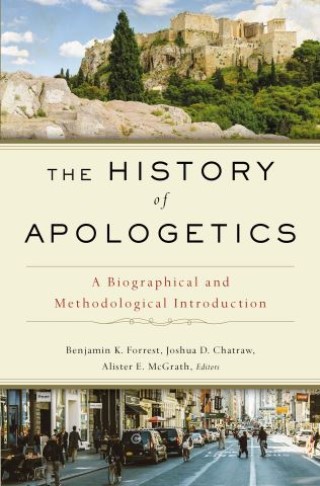 The History of Apologetics

A Biographical and Methodological Introduction

Explore Apologetics through the Lives of History's Great Apologists

The History of Apologetics follows the great apologists in the history of the church to understand how they approached the task of apologetics in their own cultural and theological context. Each chapter looks at the life of a well-known apologist from history, unpacks their methodology, and details how they approached the task of defending the faith.

By better understanding how apologetics has been done, readers will be better able to grasp the contextualized nature of apologetics and apply those insights to today's context. The History of Apologetics covers forty-four apologists including:

Joshua Chatraw (PhD, Southeastern Baptist Theological Seminary) serves as the director for New City Fellows and the Resident Theologian at Holy Trinity Anglican Church in Raleigh, North Carolina. His books include Apologetics at the Cross, Cultural Engagement, Truth in a Culture of Doubt, and Truth Matters. He is a fellow with the Center for Pastor Theologians and has served in both pastoral and academic posts during his ministry.

Alister E. McGrath is a historian, biochemist, and Christian theologian born in Belfast, Northern Ireland. McGrath, a longtime professor at Oxford University, now holds the Chair in Science and Religion at Oxford. He is the author of several books on theology and apologetics, including Christianity's Dangerous Idea and Mere Apologetics. He lives in Oxford, England and lectures regularly in the United States.