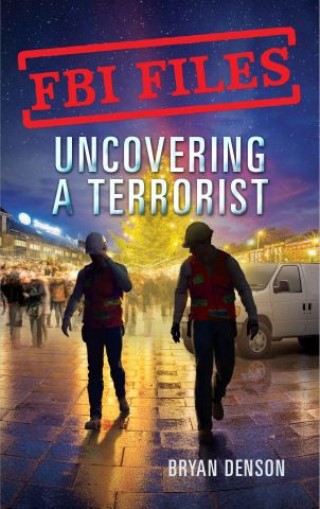 Agent Ryan Dwyer and the Case of the Portland Bomb Plot

Uncovering a Terrorist is the story of the FBI's investigation of Mohamed Mohamud led by Agent Ryan Dwyer, the agent who helped bring him to justice, creating room for the conversation surrounding religious terrorism and its effects around the world.

Mohamed Osman Mohamud was an American citizen, a college student at Oregon State University, and a wannabe terrorist. His dream was to go to Yemen, train with al-Qaeda, and travel to Afghanistan to kill U.S. soldiers. But first, he plotted to detonate a massive bomb at a Christmas tree lighting ceremony in downtown Portland.

Agent Ryan Dwyer ran the sting operation to see how serious Mohamed was. He and an Arabic-speaking partner, joined by FBI personnel—including two undercover operatives posing as al-Qaeda terrorists—worked month after month to get to know him and keep the people of Portland safe.

Go behind the scences of some of the FBI's most interesting cases in award-winning journalist Bryan Denson's FBI Files series, featuring the investigations of the Unabomber, Russian spy Rick Ames, and Michael Young's diamong theft ring. Each book includes photographs, a glossary, a note from the author, and other detailed backmatter on the subject of the investigation.

Bryan Denson: Bryan Denson is an award-winning journalist and the author of The Spy’s Son. He was a finalist for the Pulitzer Prize in national reporting, and contributes stories to Newsweek and serves as a special correspondent for the Los Angeles Times. Bryan enjoys telling stories cinematically, and is happiest when a story requires long hours of investigative lock-picking. FBI Files is Bryan’s true crime series for young readers. He lives in Portland, Oregon.