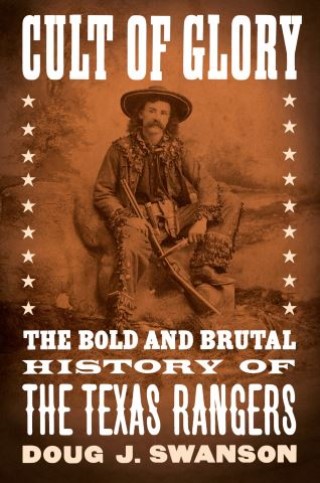 The Bold and Brutal History of the Texas Rangers

“Swanson has done a crucial public service by exposing the barbarous side of the Rangers.” —The New York Times Book Review

A twenty-first century reckoning with the legendary Texas Rangers that does justice to their heroic moments while also documenting atrocities, brutality, oppression, and corruption

The Texas Rangers came to life in 1823, when Texas was still part of Mexico. Nearly 200 years later, the Rangers are still going--one of the most famous of all law enforcement agencies. In Cult of Glory, Doug J. Swanson has written a sweeping account of the Rangers that chronicles their epic, daring escapades while showing how the white and propertied power structures of Texas used them as enforcers, protectors and officially sanctioned killers.

Cult of Glory begins with the Rangers' emergence as conquerors of the wild and violent Texas frontier. They fought the fierce Comanches, chased outlaws, and served in the U.S. Army during the Mexican War. As Texas developed, the Rangers were called upon to catch rustlers, tame oil boomtowns, and patrol the perilous Texas-Mexico border. In the 1930s they began their transformation into a professionally trained police force.

Countless movies, television shows, and pulp novels have celebrated the Rangers as Wild West supermen. In many cases, they deserve their plaudits. But often the truth has been obliterated. Swanson demonstrates how the Rangers and their supporters have operated a propaganda machine that turned agency disasters and misdeeds into fables of triumph, transformed murderous rampages--including the killing of scores of Mexican civilians--into valorous feats, and elevated scoundrels to sainthood. Cult of Glory sets the record straight.

Beginning with the Texas Indian wars, Cult of Glory embraces the great, majestic arc of Lone Star history. It tells of border battles, range disputes, gunslingers, massacres, slavery, political intrigue, race riots, labor strife, and the dangerous lure of celebrity. And it reveals how legends of the American West--the real and the false--are truly made.

Doug J. Swanson: Doug J. Swanson is the author most recently of Blood Aces: The Wild Ride of Benny Binion, the Texas Gangster Who Created Vegas Poker. He was for many years an investigative reporter and editor at The Dallas Morning News, and is a member of the Texas Institute of Letters. He was a finalist for the Pulitzer Prize in feature writing, and spent a year as a John S. Knight Journalism Fellow at Stanford University. Swanson currently teaches writing at the University of Pittsburgh.